I almost cannot recall not being fascinated by the great continent of Africa. My first exposure was to Niger when I was 8 years old, and ever since I have wanted to be a part of African renaissance and history.

Growing up in France, it seemed that there was an “ancestral” bond between being French and yes, African.

I remember my first job in Paris, working alongside colleagues whose parents were from Ivory Coast, and I realized that if I had been blind I would never had known that he was of African descent as it felt like working with a brother or cousin. Even with my colleagues from the Central African Republic who grew up in the country and even the countryside, I have almost experienced the same bond of friendship, comradery, and trust.

But I had to wait until my 40s to really set foot on the African continent (Tunisia did not quite count) and experience what Val Kilmer (in The Ghost and the Darkness) experienced, the sense of wonder and a desire to be a part of Africa’s destiny.

To this day, I consider myself a second citizen of the Central African Republic and will do my part to see this amazing country flourish and overcome.

What enerves me the most is how “other people” view Africa, especially in the USA, even if they are convinced of their unbias. Working alongside the government of the Central African Republic for over 13 years to ensure the international recognition of a university based in Bangui, I realized that too many Americans (and quite few Europeans) have a “what good can come out of Bangui” attitude. They would dismiss a letter from an ambassador or even minister of foreign affairs because, well, it is written by an African official, not someone from Austria or Norway. What an incredible shame. But patience and determination do prevail. I have lived alongside my African friends, indeed brothers, this global struggle for international civil rights, that their voice and value be recognized without bias or injustice. The road remains long, I am afraid. 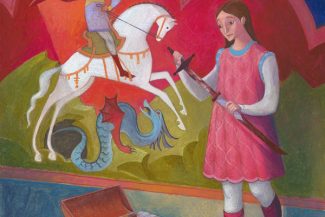 ← Previous Story: Youth Without Age and Life Without Death 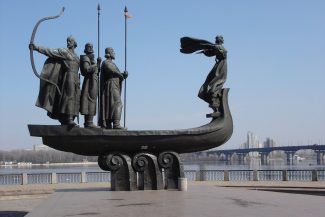 → Next Story: Kiev or Kyiv, or Kiev and Kyiv