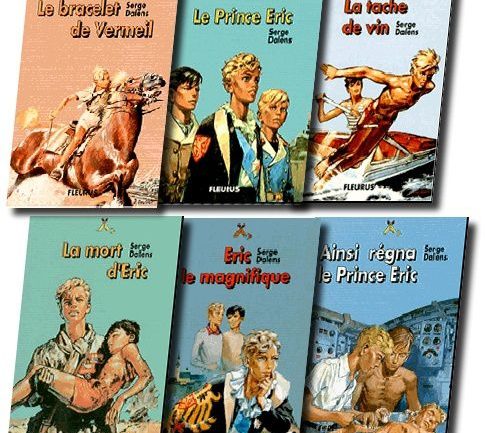 Being interested in ancestry and (to a much small extent) heraldry has nothing to do with vanity (no royalty in my side of the family, but much of it on my wife’s side aka ‘fabulous pedigree‘) but rather with a lifelong connection with the hobby of building a tree and creating connections.

It so happens that the French-Belgian-American author Marguerite Yourcenar was famous when I was a boy, being the first woman elected to the Académie Française back in 1980. Her birth (last) name was Cleenewerck de Crayencour, and she wrote an amazing book about the Cleenewerck family entitled Archives du Nord.

According to the French Wikipedia, the Cleenewerck family is an “old family having its origins in Caestre in the County of Flanders (France), later established in Bailleul…”

So far, so good, although the “Talk” shows a great deal of controversy regarding the French (Ancien Regime) nobility of the Bailleul branch of the family. My own view is that none of the Cleenewerck or Cleenewerck de Crayencour ever belonged to the formal nobility, but some were successful patricians (which means nothing except financial and politically free citizens) who ended up functioning as de-facto nobility (including through marriages), with formal knighting by the King of Belgium in 1925.

My own “Cleenewerck de Kiev” branch (from Hazebrouck) was well-educated and prosperous enough to sign their names with elegant script and ‘bourgeois’ occupations, and eventually the sought-after longer (and non-Flemish) form of the last name, a quest shared by the Cleenewercks who become Cleenewerck de Crayencour…

Even though my linkage with the Cleenewerck de Crayencour is tenuous and distant, my interest in the name Crayencour, at a young age (13?), had to do with the sound of it (one has to be French to appreciate this), as being very close to “de Creil d’Ancourt” which was the last of one of my heroes in the Prince Eric novels (very popular among French scouts).

However, when the opportunity to change or lengthen my last name was presented to me on the occasion of becoming US citizen, adding de Crayencour (which was done by another Cleenewerck in France in the 1800s) did not cross my mind because a name is important and this was the name of another story). Instead, “of Kiev” was my immediate thought because my own story has to do, mysteriously and spiritually, with Ukraine and the historical center of Slavic Orthodoxy.

My grandmother encouraged me to trace my ancestry which at the time involved writing to city hall (“la mairie”) to request birth and marriage certificates… Lots of work (and old-fashioned mail), to be done one step at a time. Yet, there was something exciting about begin 10 (or 12) and writing my own letters and getting my own mail. The family tree was taking shape going ever deeper into that fabulous 20-mile radius of ancestry around the French city of Lille, through the French revolution and into strange Flemish (or Latin) baptismal certificates.

As far as connecting my tree with the illustrious Marguerite, no immediate success, and even today with the help of Ancestry the link is tenuous, although we are both from the Hazebrouck ‘fiefdom’ of the Cleenewercks.

I go back to the 1500s which is not bad (but pathetic compared to my wife who has Swiss ancestry and goes back to St Vladimir and St Constantine and finally Adam without sweat), and conclude that only the amazing prose of Marguerite Yourcenar (and yes, she was an amazing writer) could make any of those people interesting at all.

There is no question in my mind that Marguerite was right: all the Cleenewercks have a common ancestor (from Caestre or maybe Borre where my own ancestors came from), and I think that “old family” is a good description of all those Cleenewerck who lived in a 25 mile radius (for over 500 years!) and seemed to have been well educated (I can tell from their signature) and established, without being nobility in spite of a claim being ‘bastards’ (what an elegant claim) from the dukes of Bourgogne.

Of course, I have since discovered that the truly interesting people are not those who seem historically successful, but that is a thought for another day.

I have always wanted to see an association of the Cleenewercks be set up, so maybe this website will be able to also support this worthy cause (there is now a website at https://cleenewerck.international)

Ancestry was a big part of one of my favorite books as a teenager: The Case of Charles Dexter Ward by H.P. Lovecraft. Here is a quote:

His social activities were few; and his hours were spent mainly at home, in rambling walks, in his classes and drills, and in pursuit of antiquarian and genealogical data at the City Hall, the State House, the Public Library, the Athenaeum, the Historical Society, the John Carter Brown and John Hay Libraries of Brown University, and the newly opened Shepley Library in Benefit Street… Then, by insidious degrees, there appeared to develop a curious sequel to one of his genealogical triumphs of the year before; when he had discovered among his maternal ancestors a certain very long-lived man named Joseph Curwen, who had come from Salem in March of 1692, and about whom a whispered series of highly peculiar and disquieting stories clustered…

I confess to feeling strangely related to this reclusive and gothic Charles Dexter Ward, spending many hours walking the thousand-year-old narrow street of Montpellier and reading obscure alchemical manuscripts, including the mysterious L’Entrée ouverte au Palais fermé du Roi (Eyrenee Philalethe). These archetypes certainly did resonate in me, as I found a kind of equilibrium because the dark despair of Lovecraft and the luminous beauty of Tolkien.

My interest in ancestry was renewed with the arrival of my own descendants (2 sons and 3 daughters), as I could now relate to the famous Patek Philippe ad “Begin your own tradition.” 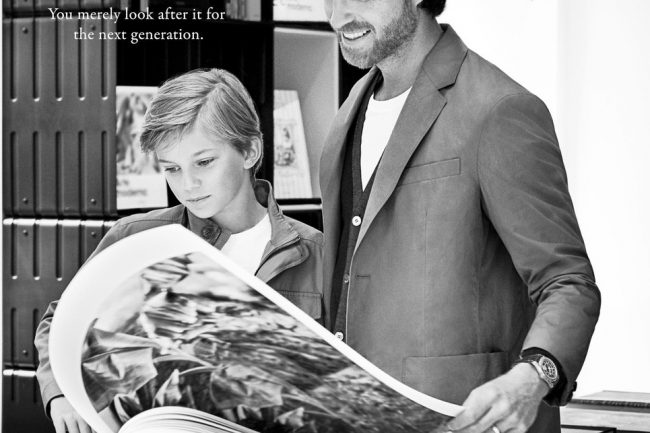 Well, I could never grow my hair quite as long as the fellow shown on the photo above, but it so happened that my wife’s ancestry (and therefore my children’s) was quite Swiss! I still cannot afford a  Patek Philippe but I have begun my own tradition by keeping 10 SwissCorps SkyPeak A1s…

How exciting ~ records well-kept into the dawn of times, and instant access thanks to Ancestry.com and the amazing http://www.bernergeschlechter.ch/.

Within hours (on Ancestry), I traveled from California circa 2010 to Pennsylvania, Germany (for a hop), Switzerland, and just more Bern all the way, into the 1200s. At some point, in a blog, I will discuss the importance of religion/faith in a person’s ancestry. It certainly shows in the Fosnaugh (from the Swiss Fassnacht) family time, which had its origins in Rome, where else, with Scipio Lentulus aka Scipione Lentolo, allegedly a descendant of the very ancient Lentulus family of Imperial Rome…

Well, there is a new tradition here in my case with the merger of the Cleenewerck from France and the Swiss-grade ancestry from Bern, merging in California, under a Kievan sky!