Being involved in ecumenical and interfaith studies and activities is not easy. It is an almost guaranteed way to be harshly criticized and may even consider it dangerous, for instance when it comes to Christian – Muslim relations. My interest in the field began when I was doing comparative apologetics in Christianity, especially between Roman Catholicism and Eastern Orthodoxy. The result of my research was a book entitled His Broken Body: Understanding and healing the schism between the Roman Catholic and Eastern Orthodox churches. It was amazingly well-received, and I received the letters of endorsement from Ecumenical Patriarch Bartholomew and Cardinal Kasper. On Amazon, the reviews have been very positive on both sides, which is very encouraging. As part of this process, I pursued a Master’s in Ecumenical Studies at the Ukrainian Catholic University (I was the first graduate of the program) and a Doctor of Religion degree (organized at the time under the authority of the Greek Orthodox Metropolis of Mexico).

In 2015, I was the endorsed candidate of the Orthodox Church in America for the position of director of the faith and order commission at the World Council of Churches in Geneva.

My important contribution to the drafting of the EUCLID statutes in 2007 was the inclusion of an interfaith mandate and institute within EUCLID, which happened to be a very Christian – Muslim institution in terms of State participation and leadership. In 2016, I helped to organize EUCLID’s worldwide events for the United Nations world interfaith harmony prize and wrote a special paper entitled Finding common words. To my surprise and elation, EUCLID received the first prize and I was invited, along with my friend and colleague the EUCLID Secretary-General Syed Zahid Ali, to travel to Jordan to receive the prize and medal from the hands of H.M. King Abdullah the second. On this occasion, I was invited to deliver the keynote address and receive the medal, which I was happy thereafter to entrust to the EUCLID Secretary-General (so I don’t have it or wear it!). 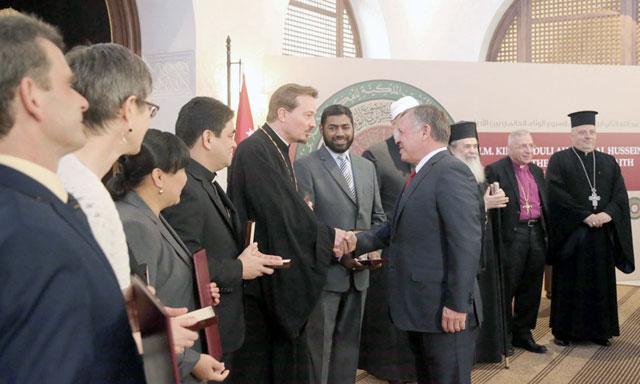 These days, I’m also very concerned with inter-Orthodox relations, especially with regards to the Ukrainian situation and its effect on the global Orthodox communion of churches. In 2019, I was invited to present a lengthy paper on ecclesiology at the annual conference of the Orthodox Theological Society of America, in Chicago.